Emmy-winning composer and songwriter Billy Goldenberg  died on August 3rd at his home in New York City. He was 84. A prolific composer for television, especially during the ‘70s and ‘80s. Goldenberg received 23 Emmy nominations (and four wins) for his music. He was known for writing the themes for KOJAK, HARRY O, and RHODA, and hundreds of made-for TV movies. He scored a handful of horror genre projects,  but they were notable ones, including the pilot score for NIGHT GALLERY (1969), and THE GEMINI MAN (1976), numerous episodes of the TV series GHOST STORY (1972-73; later re-titled CIRCLE OF FEAR), and such genre TV-movies as FEAR NO EVIL (1969) and its sequel RITUAL OF EVIL (1970), Steven Spielberg’s DUEL (1971), DON’T BE AFRAID OF THE DARK (1973), REFLECTIONS OF 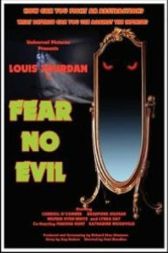 Regarding his score for FEAR NO EVIL, Goldenberg  described his approach to the Los Angeles Times in 1976: “They told me to write a score for FEAR NO EVIL, a story about demonology. I thought, wow, I’m really in over my head. I worried a lot, but I worked my tail off, experimenting until I found a way to combine romantic music with a strong flavor of horror. It clicked, and suddenly I’d found a place where I belonged. (-via Jon Burlingame in Variety)