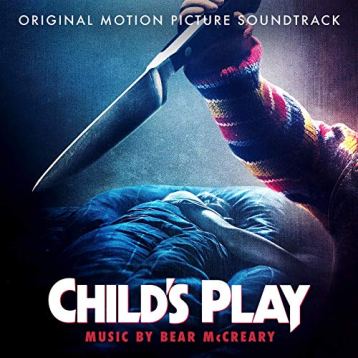 The Consequences of Sound website offers a sneak peek at Bear McCreary’s sumptuous new theme for Chucky, in his score for the horror remake, CHILD’S PLAY. As part of the site’s recurring “Origins” feature, which seeks to give listeners a peek behind artists’ inspirations for their latest works, McCreary describes how his theme came about.

“My idea from the beginning was not to score this film using a traditional orchestra, but in fact to score it with a toy orchestra,” McCreary told CoS’s writer Ben Kaye. “This ultimately involved stealing toys from my daughter’s play room and adding bizarre, handheld instruments such as toy pianos, hurdy gurdies, accordions, action figures, Slinkies, slide whistles, Otamatones, melodicas, harmonicas, kazoos, to create an orchestra of sounds.” Adding string quartet, a ukulele player, and a full choir session, gives his toy symphony a massive dynamic that really emblazons the new CHILD’S PLAY with a striking musical identity.

Read Kaye’s full interview with Bear McCreary, where he also describes working with Mark Hamill (the film’s voice of Chucky) and creating the Buddi song, and listen to CoS’s exclusive preview of the movie’s main theme, here.

Bear’s sonic pallet for his latest score is, truly, Child’s Play at its most musically precise.