WINCHESTER: Peter Spierig’s Soundtrack Out from Lakeshore on Friday 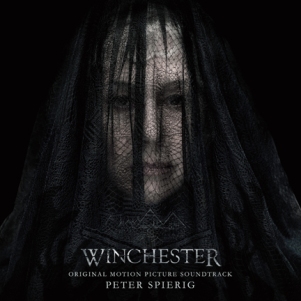 Lakeshore Records will release the soundtrack to WINCHESTER, the new supernatural horror film from JIGSAW directors Michael Spierig and Peter Spierig (The Spierig Brothers). The soundtrack. featuring a spooky electronic/sound design score by Peter Spierig, will be released digitally on Friday Feb 16.

Peter Spierig is one half the writing / directing team known as The Spierig Brothers. The brothers, Peter and Michael, are German-born Australian film directors, writers and producers who have shared prestigious nominations and awards for their collaborative work. WINCHESTER marks the second feature film score for Peter Spierig (the first was for the brothers’ critically acclaimed 2013 sci-fi thriller PREDESTINATION, based on Robert A. Heinlein’s short story “All You Zombies,” was nominated for nine Australian Academy of Cinema and Television Arts (AACTA) Awards, including Best Director, Best Adapted Screenplay, and Best Score for Peter.

Inspired by true events. On an isolated stretch of land 50 miles outside of San Francisco sits the most haunted house in the world. Built by Sarah Winchester, (Academy Award®-winner Helen Mirren) heiress to the Winchester fortune, it is a house that knows no end. Constructed in an incessant twenty-four hour a day, seven day a week mania for decades, it stands seven stories tall and contains hundreds of rooms. To the outsider it looks like a monstrous monument to a disturbed woman’s madness.

[Not inspired by true events but here’s where the story becomes way more interesting- rdl (who grew up with spitting distance of the Winchester Mansion)] But Sarah is not building for herself, for her niece (Sarah Snook) or for the troubled Doctor Eric Price (Jason Clarke) whom she has summoned to the house. She is building a prison, an asylum for hundreds of vengeful ghosts, and the most terrifying among them have a score to settle with the Winchesters…