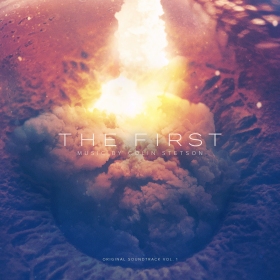 Coming off the accolades for his sinister score for HEREDITARY this past Spring, avant-garde composer Colin Stetson has scored upcoming Hulu science fiction series THE FIRST. Starring Sean Penn, LisaGay Hamilton, Natascha McElhone and more, the series chronicles a crew of astronauts as they battle peril and personal sacrifice as they race to become the first humans on Mars.

Stetson’s otherworldly, organic approach provides an active backdrop that is something of a character of its own throughout. Says Stetson: “The music of THE FIRST is built on a foundation of stark and intimate qualities as exemplified by much of my solo saxophone repertoire, enhanced and expanded upon in every direction, from the epic orchestral character of horn and low brass fanfare, to the fragility and humanly intimate nature of muted solo piano. The breadth and scope of the overall narrative, comprised of these many real and extremely human stories of ambition, of love, and of grief and loss, has made it possible for me to fully explore such a multitude of aural approaches, resulting in a score which is as sonically and stylistically disparate as the personal stories of each of our characters, woven together by the common thread and themes of this grand shared purpose and of the sacrifices made by all in its service.”

New Deal, the new label from Grammy award-winning producer Blake Mills, launches with this score as its inaugural release, available through Amazon and iTunes. A vinyl edition is set for release this winter.

Check out the trailer on YouTube, laced with Stetson’s music.