THE GOLEM Returns to Horror Cinema 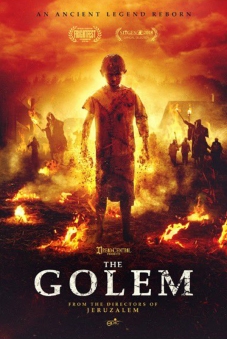 From Epic Pictures, comes the first Dread Central Presents original feature, THE GOLEM. The film will be part of the official selection of the 2019 Miami Jewish Film Festival. Available on VOD and in select theaters February 5, 2019

Directed by Doron Paz and Yoav Paz, known for their 2015 zombie movie JERUZALEM, THE GOLEM follows a woman in a devout Jewish community that is besieged by foreign invaders who believe that the Jews have cursed them with a plague. In order to protect her village, the woman conjures a creature in the visage of her deceased child which turns out to be more dangerous than she ever imagined.

The score has been composed by Israeli  composer Tal Yardeni, who is known for scoring the music in the tween science fiction series GREENHOUSE ACADEMY (2012) for Nickelodeon Israel, and its American version, shown on Netflix in 2017. Yardeni has been scoring Israeli films, documentaries, and television series since 2001.