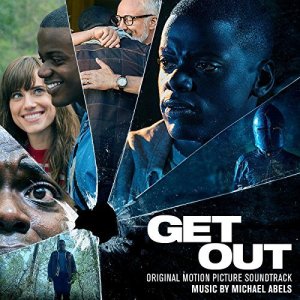 Back Lot Music has digitally released Michael Abels’s musical score for the horror film GET OUT. The film is a Universal Pictures’ release of a speculative thriller from Blumhouse, and describes a young African-American man’s visit to his white girlfriend’s family estate, where he becomes ensnared in a more sinister real reason for the invitation. Daniel Kaluuya (SICARIO) and his girlfriend, Rose (Allison Williams, GIRLS), have reached the meet-the- parents milestone of dating, she invites him for a weekend getaway upstate with Missy (Catherine Keener, CAPTAIN PHILLIPS) and Dean (Bradley Whitford, THE CABIN IN THE WOODS). At first, Chris reads the family’s overly accommodating behavior as nervous attempts to deal with their daughter’s interracial relationship, but as the weekend progresses, a series of increasingly disturbing discoveries lead him to a truth that he could have never imagined. 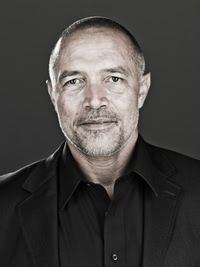 Michael Abels is an American composer born in Phoenix, Arizona, who studied at the University of Southern California. Best known for combining classical music with African-American jazz, blues, bluegrass and ethnic genres, Abels was asked by writer/director/producer Jordan Peele to compose the music for the thriller. “Jordan gave me very clear direction for this score,” said Abels.  “He said that above all, it needed to be ‘seriously scary.’  That’s hard to misinterpret!”  Peele had reached out to Abels after watching a YouTube video of “Urban Legends,” one of Abels’s classical compositions.  “He said it needed to have some distinctly African-American elements without relying on stereotypes, quite literally wanting African-American voices to be heard.  The story was always to be told from the point-of-view of Chris, the main character, and the African-American voices we hear would represent the souls of slaves or other black victims of oppression, speaking to Chris from spirit world.” 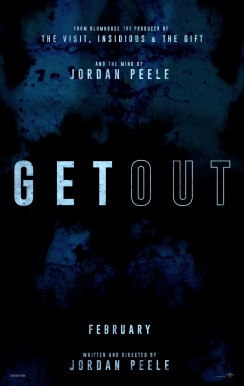 Abels opted for using lyrics in Swahili for the voices.  “Unintelligible lyrics are always scary, so I knew the voices should not be singing in English,” Abels explained.  “I wrote some phrases these souls might say, and then read the Swahili translations aloud to see what music occurred to me.  Out of that process I wrote a couple demos, and Jordan chose one of them, “Minor Trouble,” to be the Main Title for the film.  The translation, allowing for some poetic license, is: ‘Brother  – listen to the elders.  Run!  Brother – listen to the truth.  Run, run far away!  Save yourself.’”

These lyrics were blended with more traditional instrumentation to create qn especially frightening atmosphere.  “Jordan was very intent on using natural, acoustic instruments and textures over electric, synthetic ones,” Abels described.  “That’s a smart choice for a film that is really about human relations.  Besides the predominantly black choir, the score features a string orchestra, harp and tuned metal percussion. What electronic instruments there are have a naturalistic flavor, rather than a cold, mechanical one.”