A NEW MUSICAL ENCOUNTER FOR KOUNEVA 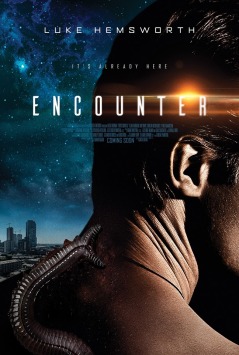 In a news brief posted yesterday, Variety reports that Vega Baby Releasing has acquired Paul J. Salamoff’s alien thriller ENCOUNTER. The film stars Luke Hemsworth, Anna Hutchinson, Tom Atkins, Cheryl Texiera, Dean S. Jagger, Vincent M. Ward and Christopher Showerman in story about a group of grief-stricken friends dealing with a recent tragedy who encounter an otherworldly organism with uncertain intentions. When they bring the alien object home, they soon discover that it holds greater secrets that they could have imagined.

ENCOUNTER is set for a multi-platform release on Oct. 1, according to Variety. The film is produced by Amy Bailey and executive produced by Rob Hollocks. Vega Baby will be handling domestic distribution; Octane Entertainment will be handling foreign sales for the title and will be bringing it to market at Cannes.

– via variety and filmmusicreporter