In his score, ROB’s idea was to avoid the traditional musical schemes used in such fairy tale films and find a more original and specific color via an electronic palette, using both warm and synthetic sounds, with the distinctive confluence of Mellotron and MOOG synths.

“Known for his creative and tense dramatic and horror film scores for UNDERWORLD, FEAR THE WALKING DEAD, HALT AND CATCH FIRE, RESIDENT EVIL: THE FINAL CHAPTER, Haslinger in Exit Ghost takes a step into his own imagination and creates a sonic world of strange sensibility and perceptible unfamiliarity. A far cry from his film music, the ambient atmospheres and potent sonic structures offer a mesmerizing journey.”

Read the full details, and sample one of the tracks, here.

“THE DRAGON PRINCE is an incredible story about wizards, maidens, magic, dragons, elves, knights, kingdoms, betrayal, and family values, so it lends itself to an amazing canvas on which to paint a big, epic orchestral thematic fantasy score… A lot of the music is epic, heartbreaking, and emotional, with lots of solo instruments. I’ve got fiddle, cello, ethnic flutes, vocalists, choir, my Armenian duduk is all over the place, and we even recorded a 40-piece orchestra for some key scenes…”

“The Shadow Kin theme was the first track I tackled which everyone thought sounded great. I was keen to move towards using lots of solo instruments rather than the big homogenized orchestral sound in DOCTOR WHO, but I was also aiming for each story to have its own flavor. Episode 6 for example is very electronic, whereas episode 7 is far more organic with lots of strings and glass harmonica. In some ways I wanted to harken back to the classic series and the work of the Radiophonic Workshop with the use of sound design and synthesizers…”

“…There were some electronics in terms of supporting the main musical elements, but most of the score used natural-based sounds that I would create and record and manipulate and then use as a textural piece. I used that upright piano to provide those creepier tones, and we miked that in a way that it sounds like a piano but not like any piano you might have heard. Then the rest of the score included string quartets, the solo violin and solo cello, and then—again as the world got bigger, I felt like my palette should get bigger—we used a live orchestra: the City of Prague Philharmonic with 50 string players…” 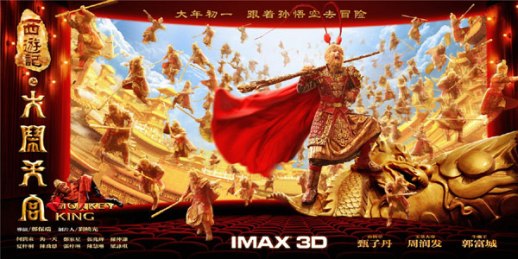 “There’s definitely a Southern feel to the music, various stringed instruments and dobros and things like that. The percussion was a little more swampy in effect than classical. That gave it a unique flavor that fit the setting and the story concept. I wanted to ground this score in a sense of place, so the feel of it has a bayou/Cajun sensibility, and when you combine it with the hyper-extended orchestra, where I’ve added contrabass trombones, which are so low and weird, and then contrabassoon and these very, very low instruments. I thought it felt very Swamp Thingy!” 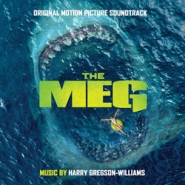 MEG’S MUSIC: While interviewing Emmy-, Golden Globe-, and BAFTA-nominated composer Harry-Gregson Williams about his scores for Disneynature’s PENGUINS and Hulu’s CATCH-22 for my Soundtrax column, I took a few minutes to ask about his experiences on scoring last year’s giant shark thriller, THE MEG, for Musique Fantastique. – rdl

Interview: Assaf Rinde scores THE GHOST IN THE GRAVEYARD

“Most of the score is built around some very layered and textural strings sounds in combination with some piano elements creating a very specific sound signature for the film,” said Rinde. “There are also some more complex textures featuring percussion instruments, synths, and other musical sound design elements ranging from low-energy spooky to high intensity aggressive. The main theme melody can be heard on a piano, glockenspiel, and music box, and there are a few key moments where you hear a child’s voice to support the ghost of Martha.”

One-two-three, The Ghost is Near. Read the full story, right here.

“I immediately loved the concept of the film,” said Alvarez. “I managed to find the number of the production studio in Germany and called them and luckily the director, Marc Fehse, answered. We had a very nice chat and we kept in contact for about a year before I was asked to score a scene to see if my style fit with what he and the producers were looking for. Fortunately the sound was right on the money.”

“I did not want this to be a retro score. I wanted it very much to be what I think a blockbuster score should sound like in 2019. It just so happens that some of the thematic material for our most important characters has a legacy that comes from the past.” – Bear McCreary

The composer of Marvel Studios’ CAPTAIN MARVEL, Pinar Toprak, discusses what it was like to make a recognizable theme for Carol Danvers/Captain Marvel during tonight’s Hollywood premiere. Watch below:

“Although POLTERHEIST is mainly a gangster movie, it is full of supernatural elements,” Guadino told Musique Fantastique. “So I wanted to musically emphasize it as much as possible, in a quasi-horror way. But I wanted to keep that in sharp contrast with the rest of the themes the film, even in a musical sense, underlining much the gangster element on one hand, and, because one of the two main characters is Pakistani working for a Pakistani mafia clan, including some Indian music elements on the other hand.

…”A lot of these horror films also have this pathos in them, when you think about Lon Chaney at the organ in THE PHANTOM OF THE OPERA and how sad he is that Christine doesn’t want to have anything to do with him, and Orlac who has this lovely wife who doesn’t know what to do with him and his paranoid fantasies of being persecuted by this guy who turns out to be a con artist. CALIGARI is another matter, of course, but there also is this love element, somewhat warped though it is. So all of these films have a mixture of true horror and maybe some romance or some more subdued emotional content that flows in and out. It sometimes depends on the period of the film; NOSFERATU takes place in the early 1800s in Germany and in Transylvania, so in that film I’m using music that might have been part of the soundscape in both of those countries and that time period…” 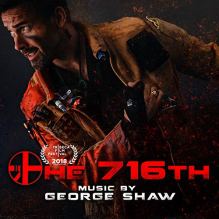 “[In THE 716th] there were certainly a lot of heroic horn and trumpet fanfares, along with some classic major scales with flattened 6th notes that you often hear in science fiction films. For the more fantastical moments, I used lots of swirling string and wind writing, and the Durakian theme is based around low brass and a low synth pad.”

“[With ESCAPE THE NIGHT], each season has a different setting and time period; the first season is set in a 1920s mansion dinner party, the second in a Victorian era masquerade party, and the third in a 1970s carnival. What links them all together is the overall dark, supernatural fantasy of murder and mystery, but I get to play with the sound of each season based on the various settings. I especially had fun in the 3rd season where I got to experiment with suspense combined with disco elements and dark, twisted carnival waltzes.”

“The music style came from several places for this game. First off, it’s based in the world of Dota heroes. So again that became a departure point of sorts. Some of the initial palette was based off of the previous Dota score. However there’s lore in the Artifact story based on a type of vagabond, gypsy caravan feel that felt important to capitalize on. That’s where the idea of a Balkan choir came in. Exploring Eastern European music turned out to be quite interesting as well as fitting for this setting.”

An Interview with John Paesano: Scoring THE MAZE RUNNER Saga

Read our exclusive interview with the Sharknado composers here 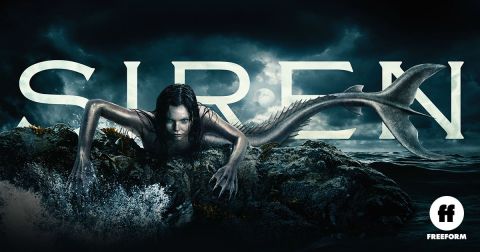