CANDYMAN Remake Scored by multi-instrumental artist Robert A. A. Lowe 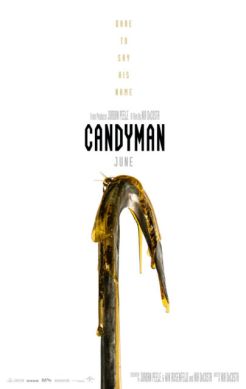 This summer, Oscar® winner Jordan Peele unleashes a fresh take on the blood-chilling urban legend that your friend’s older sibling probably told you about at a sleepover: CANDYMAN. Rising filmmaker Nia DaCosta (Little Woods) directs this contemporary incarnation of the cult classic. CANDYMAN is directed by DaCosta from a screenplay by Peele & Rosenfeld and DaCosta. The film is based on the 1992 film CANDYMAN, written by Bernard Rose, and the short story “The Forbidden” by Clive Barker.

In an interview with Peele and DeCosta posted on Feb. 27th at fandom.com, DaCosta commented that she is a big fan of the original film’s score by Philip Glass. Regarding the music for the new movie, she commented, “We definitely talked about that a lot. We wanted to do something that was a nod to [Glass]. Not just in terms of how it sounded and the repetition of the piano but also in terms of how unique it was. So what we’ve done is brought a composer on, Robert A. A. Lowe, who is really fantastic, really idiosyncratic, to give you something that is reminiscent of the original but his wholly new on its own as well.”

Lowe, also known by his professional moniker Lichens, is a multi-instrumentalist and former member of the progressive rock band 90 Day Men. He has previously scored the films LAST KIND WORDS (2012; Best Original Score Brooklyn Film Festival 2012), MISS LOVELY (2012), WOLVES FROM ANOTHER KINGDOM (2012; short), and A SPELL TO WARD OFF THE DARKNESS (2013).

CANDYMAN is scheduled to premiere on June 12th, from Universal Pictures.

Watch the PG-rated trailer here (the film will be released as R):