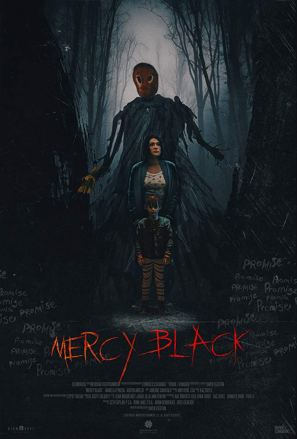 Directed by Austin filmmaker Owen Egerton (BLOOD FEST), MERCY BLACK is kind of a variation on a Slender Man-esque urban legend. As a child, Marina Hess stabbed a classmate in order to conjure an imaginary phantom known as Mercy Black. Now, after fifteen years of psychiatric care, she is returning home, but remains haunted by what she has done and the phantom she imagined. Meanwhile, her nephew becomes increasingly obsessed with Mercy Black. To save him, Marina must face her past and uncover the truth behind the very real phantom, a deadly entity that will stop at nothing to claim her and her nephew. 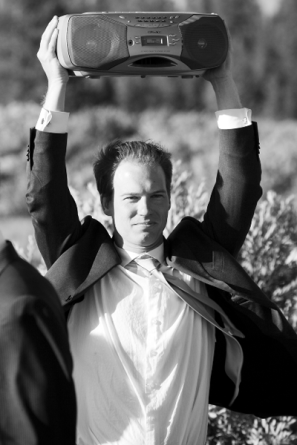 The film has been scored by Kazimir (aka Kaz) Boyle, a Chicago born composer who, after receiving his Bachelor of Music in Composition from the University of Illinois at Urbana-Champaign, and studying at USC and with Elmer Bernstein, David Raksin, Leonard Rosenman and Christopher Young, began working with Hans Zimmer, which helped shape his career as a film composer and arranger on his own. After scoring indies and shorts since 2000 he emerged scoring a variety of features since 2012, including DRAGON DAY, THE MARTIAL ARTS KID, YOUNG MATH LEGENDS.

“My undergraduate study at the University of Illinois introduced me to experimental music, which I feel contributes to my open mindedness and willingness to experiment,” Boyle told interviewer Dan Salerno in a post on the lifesomethings.blogspot. “My work under Hans Zimmer taught me many skills, particularly electronic music production. My upbringing instilled in me the value of being kind, honest, and friendly.”

When asked who his favorite film composers were, Boyle answered, “This is a tough one, so I’ll just stick with film composers and list the first three that come into my head. First is John Williams. His mastery of the orchestra is unparalleled. His brilliant thematic writing combined with his narrative approach to a scene sets the bar for every other composer. Next is Ennio Morricone. Morricone has written some of the hands-down most gorgeous melodies of all time. Finally, I’m going to say Hans Zimmer. I have come to appreciate so many elements of his genius. Zimmer is an envelope pusher who strives to discover a story’s ‘big idea.’ His control of sound and love of experimentation has allowed him to reinvent himself musically many times over.”

Boyle’s score for MERCY BLACK is eerie and tonal, maintaining a creepy atmosphere and much tension as the story plays out.

For more information about the composer, see his website here

Read more about the film in this article from Entertainment Weekly.