LEGEND OF THE DEMON CAT COMES TO USA 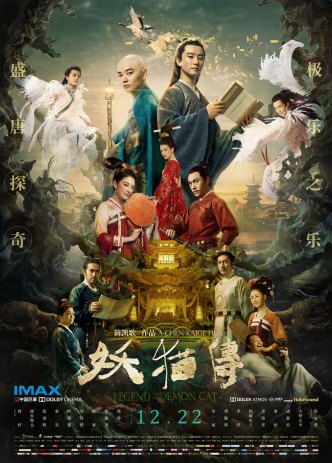 In LEGEND OF THE DEMON CAT, a Chinese poet and a Japanese monk join forces to investigate a demonic cat that has possessed a general’s wife and wreaked havoc upon the imperial court. The investigation takes some gruesome and unexpected twists, leading the monk and the poet to unravel the mystery behind the decade’s old death of the legendary, beautiful concubine Yang Guifei.

Directed by Chen Kaige (THE EMPEROR AND THE ASSASSIN, THE PROMISE, CAUGHT IN THE WEB), the film was completed and released to Chinese theaters in 2017, and throughout Europe and Asia during 2018. It receives a limited American premiere next month.

“The sweeping historical drama, based on the novel Gensoshin Kukai, by best-selling Japanese fantasy writer Baku Yumemakura, and filled with legendary Chinese characters, is a visual feast,” wrote Brad Miska this morning in the Bloody Disgusting website. “Interestingly, the Sino-Japanese co-production, featuring an ensemble cast of top talent from mainland China and Japan, was filmed on a lavish, sprawling set, which included the creation of an entire city that took over five years and in excess of $250 million to construct.” 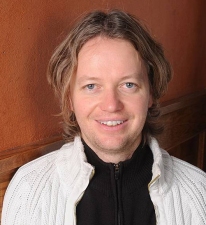 The film’s music was composed by Klaus Badelt (the first PIRATES OF THE CARIBBEAN film, CATWOMAN, SOLOMON KANE, Werner Herzog’s QUEEN OF THE DESERT, K19 THE WIDOWMAKER, etc.), who scored the director’s previous wuxia (martial heroes) fantasy film, THE PROMISE (2005). Some segments were scored by Mischa Segal, with additional music by Anne Kathrin Dern.

There has been no word yet about a soundtrack release of the score.

A Hong Kong all-region Blu-ray and 4K release of the film are available from Amazon and elsewhere.

Watch a clip from the film’s scoring sessions (and below that, the film’s trailer):