Music for a Heroic Super-Horror 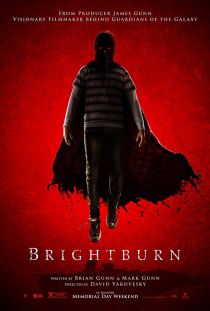 The film stars Elizabeth Banks, David Denman, Jackson A. Dunn, Matt Jones, Meredith Hagner in a story that postulates “what if a child from another world crash-landed on Earth, but instead of becoming a hero to mankind, he proved to be something far more sinister?”

Williams has previously contributed additional music and served as an orchestrator/conductor for composer Tyler Bates on James Gunn’s first two GUARDIANS OF THE GALAXY films and his previous directorial effort, SUPER, as well as providing additional music for Bates’ score to SUCKER PUNCH and others. Williams also conducted the scores for Benjamin Wallfisch’s IT, ANNABELLE: CREATION, HIDDEN FIGURES.

BRIGHTBURN premieres in theaters nationwide on Memorial Day weekend (May 24) by Sony Pictures.