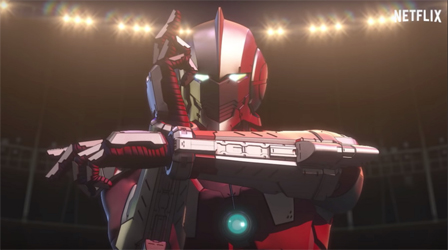 No fooling – on April 1st Netflix will premiere a new 3D CGI anime ULTRAMAN series, based of course on the popular and long-running Japanese animated and live action franchise. 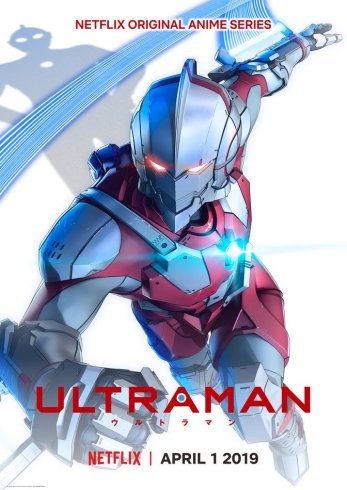 In a trailer for the show released last week, we see high school student Shinjiro Hayata, son of Shin, the original Ultraman, forced to take over his father’s heroic role a dozen after the events of the original series. Netflix’s show is directed by Kenji Kamiyama (GHOST IN THE SHELL: STAND ALONE COMPLEX, EDEN OF THE EAST, CYBORG 009 series, forthcoming BLADE RUNNER: BLACK LOTUS) from a storyline based on the 2015 Ultraman manga created by Eiichi Shimizu and Tomohiro Shimoguchi.

“Shin Hayata’s son Shinjiro seems to possess a strange ability, and it is this ability, along with his father’s revelation that he was Ultraman, that leads Shinjiro to battle new aliens invading the Earth as the new Ultraman,” is how the Netflix description puts it.

“ULTRAMAN is a glorious new showing for this classic franchise,” wrote Nick Valdez in a review of the show’s first four episodes, posted yesterday at comicbook.com. “You don’t need intimate knowledge of the franchise to enjoy this new spin, so there’s very little barrier to entry too. ULTRAMAN is a blast of nostalgia straight to the heart that’ll make you act out your own transformation poses in the comfort of your home.”

Watch the series trailer below but first enjoy this clip of Shinjiro transforming into Ultraman and battling a baddie from the new show: