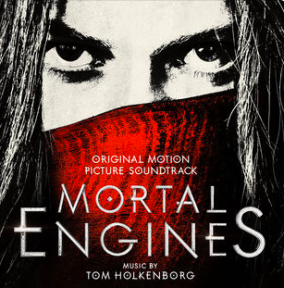 Back Lot Music will release a digital soundtrack album for the Peter Jackson-produced film adaptation of MORTAL ENGINES. The movie is co-written Jackson and based on Philip Reeve’s book of the same title, which is set thousands of years after civilization was destroyed by a cataclysmic event and cities survive a now desolate Earth by moving around on giant wheels, attacking and devouring smaller towns to replenish their resources.

The album features the film’s original music composed by Tom Holkenborg (aka Junkie XL), and will be released on December 14, the same date Universal Pictures opens the movie nationwide.

– via filmmusicreporter – <which see for more details and track list