A CREEPING, CRAWLING NIGHTMARE OF TERROR! 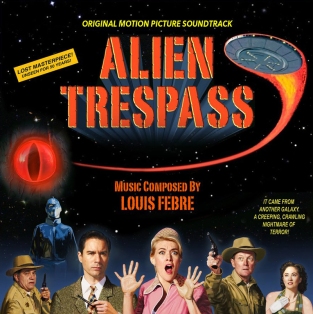 ALIEN TRESPASS is a 2009 science fiction film masquerading as a 1950’s science fiction thriller. It’s not a spoof, homage, or even parody. It very carefully emulates the style of 1950s science fiction cinema, in all its earnestness, inadvertent silliness, and delightful period performances. The story follows an alien spaceship crash landing in the Mojave Desert, whose pilot is forced to inhabit a human’s body in order to track and recapture his escaped prisoner, a voracious one-eyed Ghota which is able to divide into numerous replications that can quickly overrun the planet.

For details, sample tracks, and to order, see buysoundtrax. 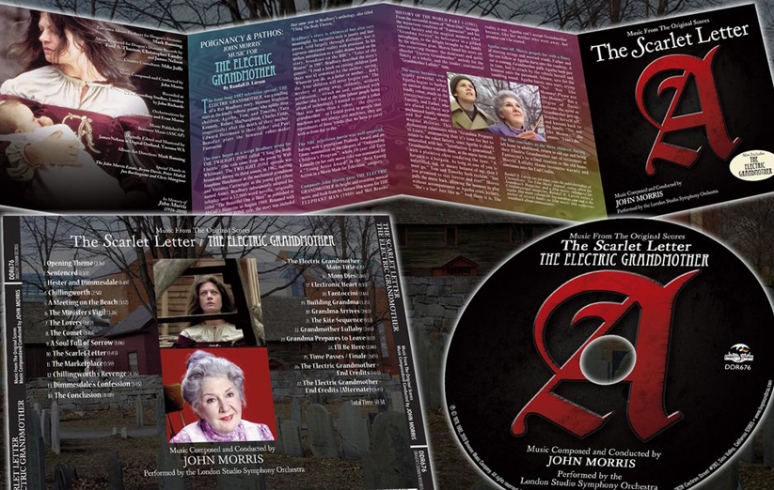 In addition, Dragon’s Domain has also included the premiere release of the soundtrack to the TV-movie adaptation of Ray Bradbury’s celebrated story “The Electric Grandmother.” The music is composed by John Morris (BLAZING SADDLES, YOUNG FRANKENSTEIN, THE ELEPHANT MAN). Broadcast on NBC in 1982, the short science fiction film stars Maureen Stapleton as the kindly robotic granny who uplifts three children after the death of their mother. Edward Herrmann plays the father. Morris’ enchanting electronic score is based on two recurring themes: the dominant and quite cheerful “Electric Grandmother” melody for the family as a whole, and the tender, sentimental “Grandmother Lullaby” tune. The complete score is included in the label’s reissue of Morris’ orchestral music for THE SCARLET LETTER (1979 TV-miniseries), based on the Nathaniel Hawthorne novel.

Both of these new releases have been mastered by James Nelson at Digital Outland and include detailed liner notes written by author Randall Larson. Both are offered in exclusive CD+digital packages, released in limited editions of 500 units, and are expected to begin shipping the week of July 2nd, 2019.