IN THE STARS: A Spanish Fantasy Film with a Beautiful & Delicate Score 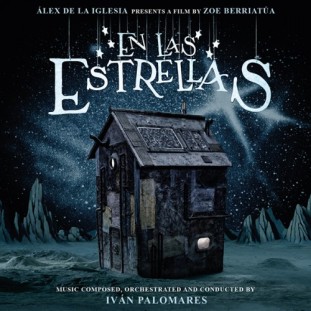 Victor is a film director, alcoholic, unemployed and depressed since his wife passed away. He reads his nine-year-old son, Ingmar, scripts of the films he expects to shoot someday: a marvelous world of fantastic creatures, robots and impossible places, coming from the imagery of the hundreds of movies they have seen together. However, the real world seems to be an increasingly difficult place to live in. Father and son will need to grow up … at the risk of having to leave their dreams behind.

The music has been composed, orchestrated, and conducted by young Spanish composer Iván Palomares, whose score invokes daydreams and fantasy, full of beautiful and delicate melodies, close to the style used by Nicola Piovani for the Taviani brothers’ films. Performed by the RTVE Symphony Orchestra under the baton of Palomares, this score is one of the most refreshing surprises of recent Europa cinema.

For more details, music samples, and to order, see quartetrecords