Extended Edition of E.T. coming next week from La-La Land 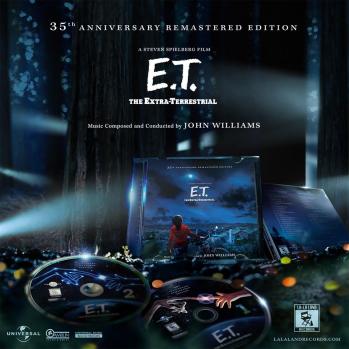 E.T. SHIPPING NOTICE: La-La-Land has reported they have discovered a manufacturing error with DISC 1 of E.T. and this disc needs to be repressed before the factory can finish production. This has delayed the customer start shipping date to 10/3. “We are extremely sorry for this unforeseen delay, but we need to make sure we do not have defective product. E.T. will start shipping on 10/3. Thank you for your patience.”