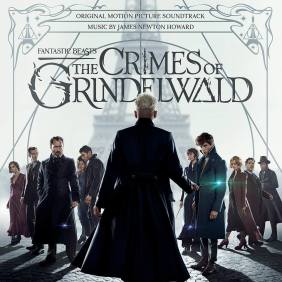 WaterTower Music is scheduled to release their soundtrack album for FANTASTIC BEASTS: THE CRIMES OF GRINDELWALD, the fantasy adventure sequel to the J. K. Rowling-scripted FANTASTIC BEASTS AND WHERE TO FIND THEM from 2016 [and based on her 2001 book], on November 9th.  Along with director David Yates, composer James Newton Howard (THE HUNGER GAMES series, Peter Jackson’s KING KONG, Disney’s MALEFICENT) returns for the new film.

FANTASTIC BEASTS: THE CRIMES OF GRINDELWALD opens via Warner Bros on Friday, November 16, and WaterTower’s digital soundtrack emerges on the previous Friday, November 9th. Pre-orders not yet available but check Amazon in another week or so. Sony in Europe is offering a CD release of the score, also on Nov. 9, which is currently pre-orderable from Amazon.de