Varèse Sarabande Reissues SHADOW OF THE EMPIRE on CD 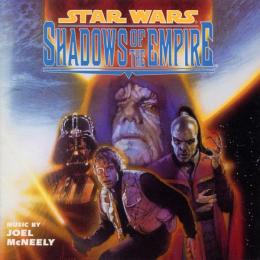 Varèse Sarabande Records has reissued Joel McNeely’s orchestral recording associated with the 1996 Lucasfilm multimedia project SHADOWS OF THE EMPIRE. The project, which included a novel, comic book, and video game, was one of the first games available for the Nintendo 64, and later for Windows. McNeely composed a full symphonic work inspired by the novel, which was recorded with the Royal Scottish National Orchestra and Chorus and issued by Varese Sarabande on CD in 1996.  Samples of the soundtrack were later used in both versions of the SHADOWS OF THE EMPIRE game, with the Windows version containing many of the full tracks – John Williams’ STAR WARS theme, Imperial March, and “Carbon Freeze” cues were included in the game mix and on the soundtrack album. The label has also issued the soundtrack on vinyl along with the CD. See varesesarabande.com