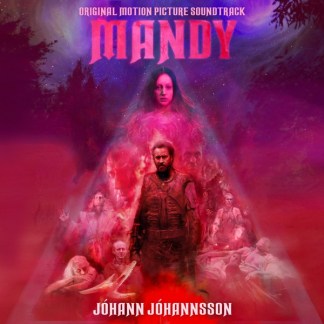 MANDY, Panos Cosmatos’ highly-anticipated follow up to his BEYOND THE BLACK RAINBOW has been described as a “Rock N Roll nightmare from hell” (Consequence of Sound) and a cinematic acid trip by numerous other publications, while others are calling the movie “Metal as fuck” (Washington City Paper) whereas Variety and Newsweek describe the film and Jóhann Jóhannsson’s score as a melding of horror, fantasy, and metal.  Whatever your flavor, MANDY is certainly resonating with critics and audiences alike, earning a Certified Fresh rating at Rotten Tomatoes!

The soundtrack album was released today by Lakeshore (digital) and Invada Records (vinyl).