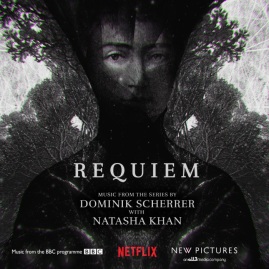 The supernatural thriller series REQUIEM, created by Kris Mrksa (UNDERBELLY) and directed by Mahalia Belo (BAFTA Breakthrough Brit 2017), was launched last Friday (Feb. 2) on BBC One and became an instant hit. The 2nd episode will be broadcast tonight 9 pm on BBC One in the UK. NETFLIX will debut the series globally outside the UK.

The 16-track ‘Requiem’ OST album has been released digitally by Dubois Records, and is available via most digital music services.

The series is set in the darkest corners of rural Wales. Twenty years ago, a toddler disappeared, never to be seen again. Rising cello star Matilda Gray (Lydia Wilson) is drawn to the case and discovers her own part in a terrifying otherworldly secret.

“It was an exciting, entertaining script, with an off-beat tone,” said Scherrer. “I loved that the central character, Matilda, is a concert cellist. The cello immediately unlocked the door into the score and justified an element of virtuoso solo cello. The cello often plays in unusually spooky registers, as if it was part of a mysterious Welsh landscape.”

“Just as the production started principal photography” Scherrer continued, “Natasha Khan and I spent some weeks in my studio in Brick Lane, coming up with themes and recording outlandish vocals and terrifying sounds. There is a cheeky element to the show, as well as a genuinely scary one. Giving a stylistic nod to 1970s lo-fi soundtracks from BBC’s Radiophonic Workshop or 1970s horror soundtracks, together with a pastoral spookiness of the cello and strings themes started to give REQUIEM its own unique atmosphere.” 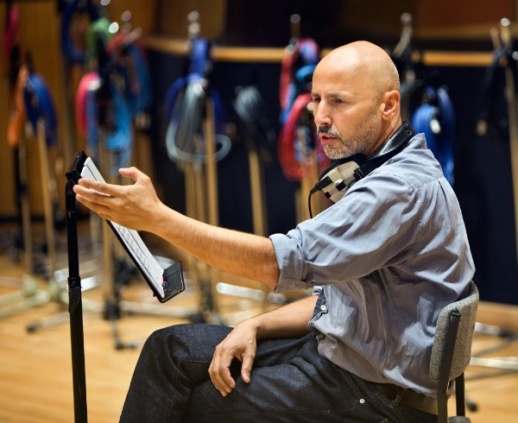 This newest score by award-winning composer Dominik Scherrer (noted for scoring such television dramas as THE MISSING, RIPPER STREET, PRIMEVAL, and MARPLE),reinforces both the subtle-scary and supernatural character of ‘Requiem’. To compose the original score of this six-episode dark drama series, Dominik collaborated with Natasha Khan (singer-songwriter known as Bat For Lashes). 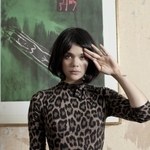 “REQUIEM promises much, not least in way of sound,” wrote The Guardian. “Nominally just another spooksome BBC tingler – old castle in Wales, birds flying into windows, locked room, pagan symbols, creepy locals – it is rendered a whole cut above by not having the heroine’s every move into peril foreshadowed by dissonant eek-eek strings. “The music and sound effects are so muted, or subtle, as to constitute a revelation: why, when it can be done this well, was it ever done otherwise? This truly, and cleverly, intrigues (as does the heroine, cellist Matilda, played by Lydia Wilson) in a way no rusty hinge ever has. Hooked.”

Stuart Barr, writing in the MaxRenn blog, described: “When the action relocates to Wales half way through the first episode of the series switches from the Urban Uncanny to Folk Horror. This is stressed by the excellent score from composer Dominik Scherrer. In London, the music is often sharp, stabbing cello and strings. When we leave claustrophobic concrete underpasses behind and suddenly the camera is flying over the Welsh hills, the soundtrack suddenly moves into another key and the scraping cello becomes soothing harps.” 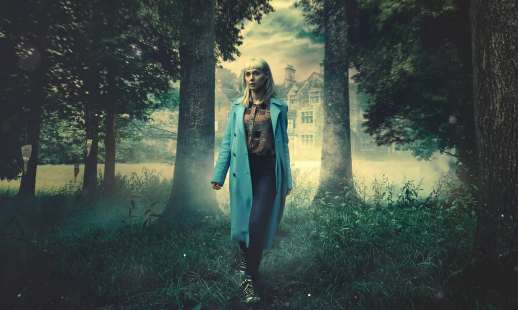 Listen or purchase the album on iTunes

Below: Listen to the full ‘REQUIEM’ OST by Dominik Scherrer with Natasha Khan from Soundcloud.  (Bottom of page: watch the series trailer)

Watch the BBC trailer for REQUIEM: