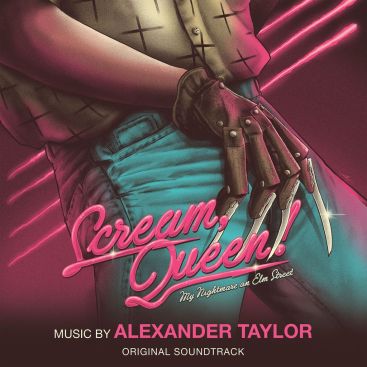 A NIGHTMARE ON ELM STREET 2: FREDDY’S REVENGE (1985) has been called “the gayest horror movie ever made!” In SCREAM QUEEN, the film’s star, Mark Patton, details the homophobia and Aids-phobia of 1985 30 years after its initial release. As a closeted actor in Hollywood, Patton retraces his obstacles, missteps, and detractors on the pathway to stardom. For more details on the film and its LGTB subtext, read this Wikipedia article. 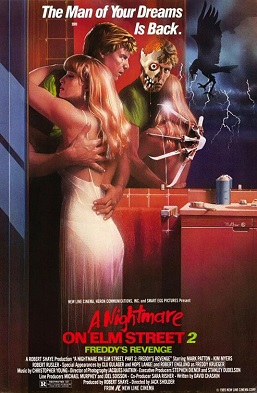 The soundtrack features music from up-and-coming composer Alexander Taylor (ANIMAL AMONG US, DEAD OF NIGHT). “It’s truly been an honor of a lifetime to have been on this incredible journey with Mark, Roman, and Tyler,” said the composer. “Mark’s story is as beautiful as it is important, and I’m so glad I could help share it. Scoring a doc is a wild experience. The story can change right when you think you have it all figured out. Much like life. As a result, I wrote this score over a period of two years.” In addition to Taylor’s score, the CD also features the song “Split Second” by Skeleton Head.

The album is a limited edition of 500 CDs, and is expected to begin shipping the week of July 6.  First 50 orders gets an autographed CD booklet by Alexander Taylor and Mark Patton.

SCREAM QUEEN! MY NIGHTMARE ON ELM STREET is an official selection in over 21 film festivals and the documentary is currently available to stream on SHUDDER.

Related: for more information on LGBT representation in Horror Cinema, watch the documentary “Monsters in the Closet” on Youtube here.