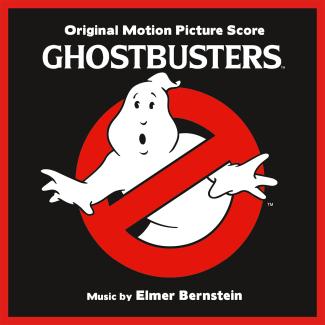 In honor of the 35th anniversary of GHOSTBUSTERS’ 1984 theatrical debut, Sony Music announces a special reissue of the GHOSTBUSTERS Original Motion Picture Score with music by legendary film composer Elmer Bernstein (THE MAGNIFICENT SEVEN, TO KILL A MOCKINGBIRD, AIRPLANE!).

The anniversary edition arrives in digital formats for the very first time (in both standard and hi resolutions), on CD Friday, June 7 and on vinyl Friday, July 19.  The collection features music from the iconic blockbuster, newly mixed and remastered from the score’s original multi-tracks, as well as new artwork, commentary from Elmer Bernstein’s son, Peter, and four previously unreleased tracks.

Of the 35th anniversary edition, Peter Bernstein, son of the late Elmer Bernstein, says, “As one of the original orchestrators on GHOSTBUSTERS, it has been very satisfying and also very moving to work on this soundtrack release 35 years down the road. It is a great movie with great music and we had a whole lot of fun creating it. I am very pleased to see it released in its original form.”

With a star-studded cast, GHOSTBUSTERS follows four men on a mission to save the world.  Fired from university research jobs, Doctors Venkman, Stantz and Spengler set up shop as “Ghostbusters,” hiring Zeddemore and, together, ridding Manhattan of bizarre apparitions. But even the spirit exterminators are severely tested when beautiful Dana Barrett and her nerdy neighbor Louis Tully become possessed by demons living in their building. Soon every spook in the city is loose and our heroes face their supreme challenge at a rooftop demonic shrine.