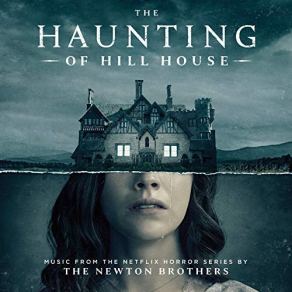 As we shared on October 11, Paramount Music has released a digital soundtrack album for the Netflix horror series THE HAUNTING OF HILL HOUSE, featuring the show’s original music and main theme composed by The Newton Brothers (OCULUS, OUIJA: ORIGIN OF EVIL, EXTINCTION, LIFE OF CRIME, THE BYE BYE MAN). We’re happy to report that a non-virtual CD soundtrack has now been announced by La-La Land Records, to be released on November 13th as part of the label’s pre-Black Friday release batch. Along with THE HAUNTING OF HILL HOUSE soundtrack, November 13th will bring from La-La Land a double CD soundtrack of both AIRPORT ’77 composed by John Cacavas (who had scored AIRPORT 1975 earlier) and THE CONCORDE: AIRPORT ’79, composed by Lalo Schifrin – this will be the first soundtrack release of either films; and a 3-CD 30th Anniversary expanded remaster of Michael Kamen’s score for DIE HARD. These aren’t up on the label’s home page yet, but see the posting on their Facebook page. 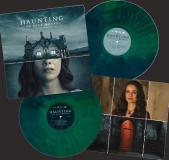 In related HAUNTING and HILL HOUSE news, Waxwork Records announced just two days ago their deluxe vinyl soundtrack release of THE HAUNTING OF HILL HOUSE. Their double LP set will be printed on colored vinyl described as “haunted green and blue swirl,” and will also include printed inserts and production stills. See details at Waxwork Records here.

So those of you hankering for some Newton Brothers Haunted Hill House music – you’re in luck!

And, to reprise from our October 11th post, enjoy the Main Title theme from the new series: