THE SOUNDTRACK TO THE HOUSE WITH A CLOCK IN ITS WALLS 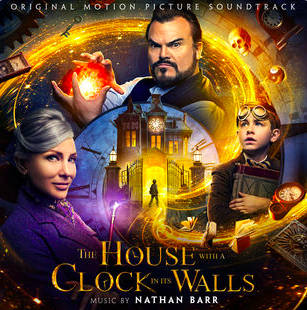 The movie is derived from the beloved 1973 children’s book written by John Bellairs and illustrated by Edward Gorey. The film follows a young boy who goes to live with his magical uncle in a creaky old house haunted by the original owner’s ghost, who hid within the house a clock with the power to bring about the end of the world.

The film’s original music was composed by Nathan Barr (TRUE BLOOD, HOSTEL, CABIN FEVER), which features the historic 20th Century Fox Wutlitzer organ that Barr restored in order to use on the soundtrack (see video below).

Watch a video about Nathan Barr’s restoring and using the historic Wurlitzer Pipe Organ in his score: